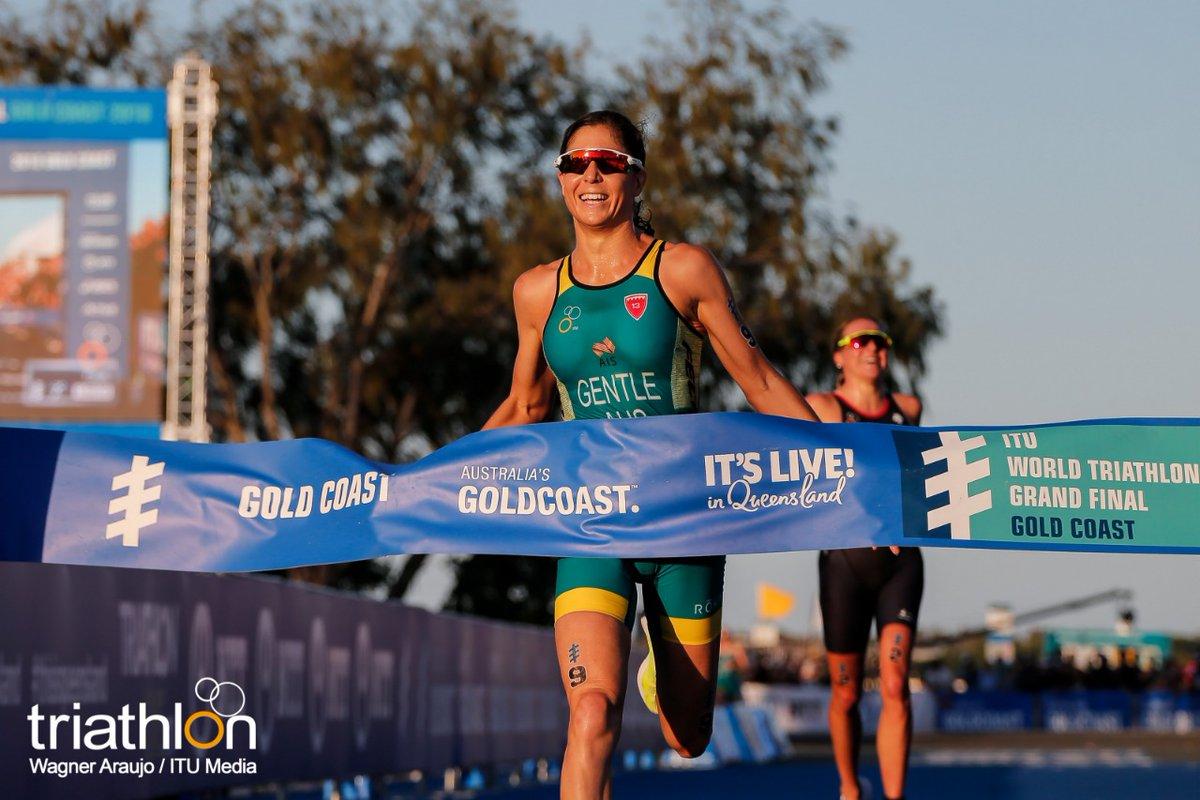 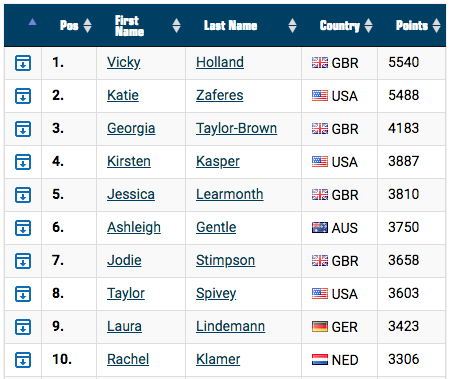 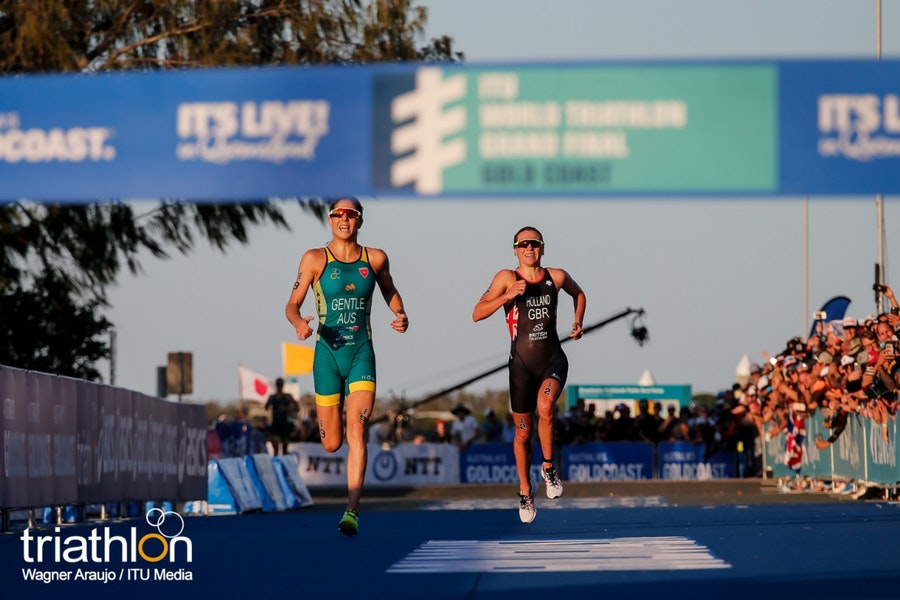 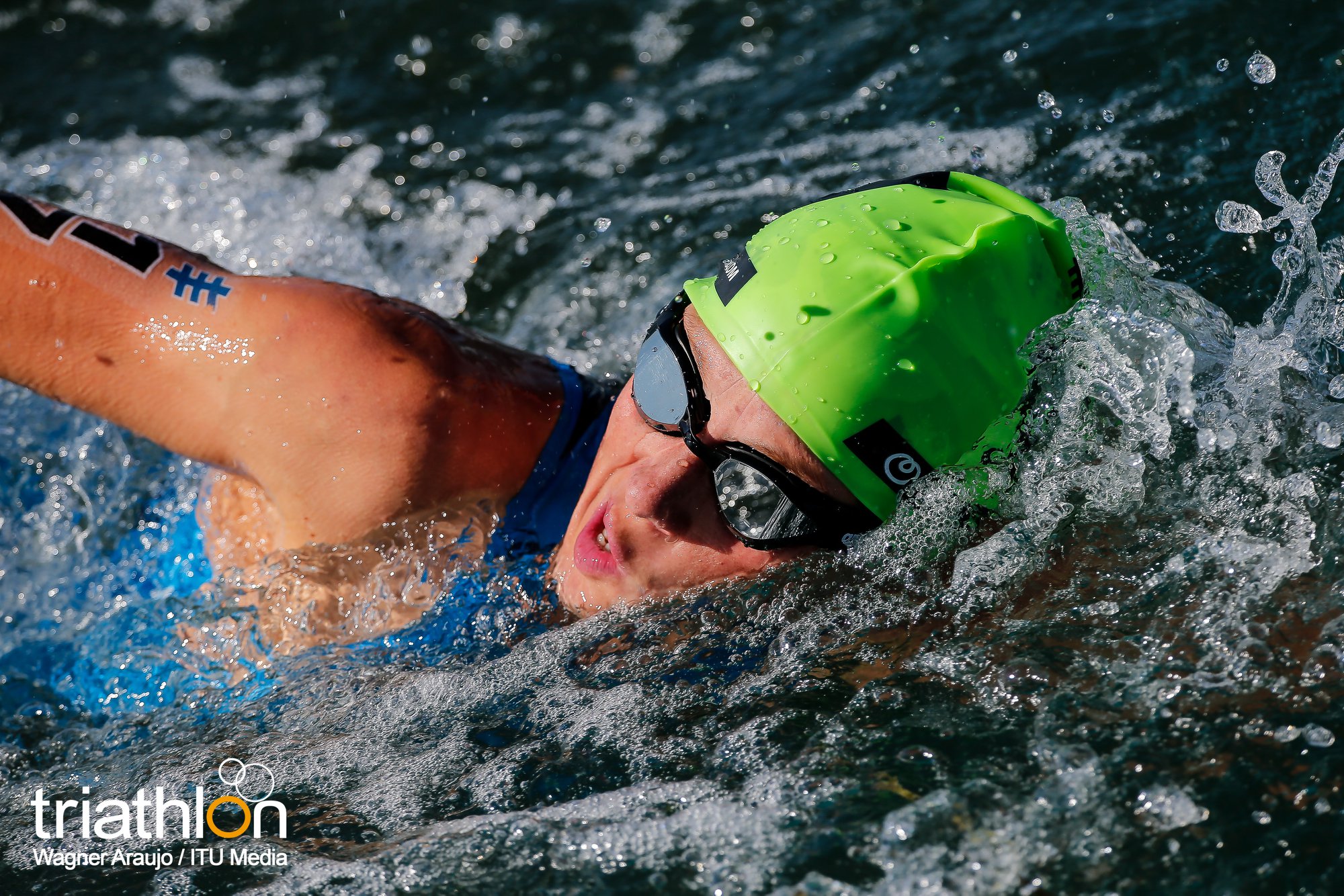 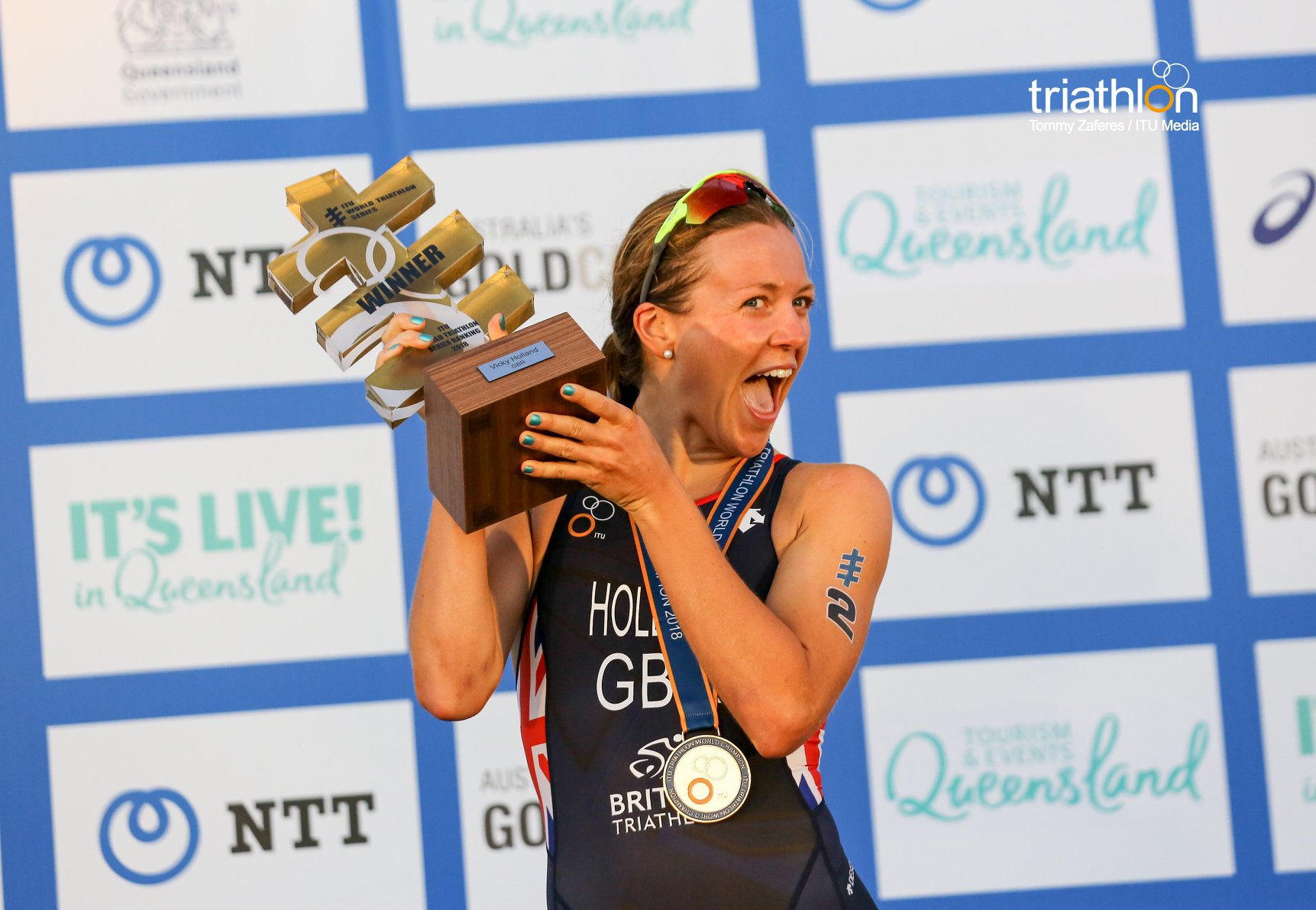 It was the race that everybody hoped they might see and much, much more as Britain’s Vicky Holland became the 2018 ITU World Champion on Saturday afternoon, sprinting down the chute two seconds behind Ashleigh Gentle, who delivered the home-nation win that the huge crowds deserved. But that was just the tip of the entertainment iceberg, coming at the end of an engrossing battle between Holland and USA’s Katie Zaferes, with both athletes knowing that finishing ahead of their rival would mean leaving Australia with a debut world title.

“I can’t actually believe it,” said a remarkably composed Holland afterwards. “I thought at one point of the run that it was done because there was quite a big gap there. I can’t believe I brought it back in. This season as a whole has been absolutely incredible with three wins, two seconds and now the world title. It is so much more than I thought I would get out of the year!”

The opening chapters of the 2018 WTS Gold Coast story were just as fascinating. In choppy waters off Mitchell Park it was Britain’s Holland and teammate Jessica Learmonth who were first out of the water, followed by Zaferes and fellow American Kirsten Kasper.

If that country-to-country mix wasn’t enough, by the time the first athletes were out of the first transition and onto the highway, the lead pack consisted of four Brits and three Americans, with Norway’s Lotte Miller the eighth in the mix.

At that stage the intriguing prospect of a straight USA vs GB battle looked on the cards, as Taylor Spivey and Kirsten Kasper worked with Zaferes, while Sophie Coldwell and Jodie Stimpson joined Holland and Learmonth taking their turns to try and create a solid lead.

By the end of the third lap the front eight had opened a 20 second advantage over the strong chase group of nine that included Canada’s Joanna Brown and local heroes Ashleigh Gentle and Emma Jeffcoat.

That was as comfortable as it got for the front-runners, however, and as the gap was closed out, so an almighty group of 28 had formed for the final stages of the draining 40km ride.

That meant a congested T2, but Holland managed to get away cleanly and had a few useful strides over the rest of the field, but it wasn’t long before she was joined by Ashleigh Gentle and Katie Zaferes in a potent breakaway trio that started pulling away from the competition.

With just over two laps still to go, Zaferes and Gentle decided to pile on the pressure, upping the pace and leaving Holland to drop off some five seconds behind.

Then, 3km from home, Holland powered back into contention, passing Zaferes and hammering onward. The American could not respond, and as the gap grew and Holland knew the Series was hers, it became a straight sprint between Gentle and the Brit for the gold medal.

Cheered on by the baying crowds, it was Gentle who summoned the final flourish, crossing the line seconds ahead of an equally delighted Holland and basking in the afterglow of a Gold Coast sunset and a truly epic afternoon of racing. Britain’s Georgia Taylor-Brown finished eighth, guaranteeing herself the bronze in the final season standings.

“Sandwiched between Katie and Jess is a really great place to be on the swim,” said Holland afterwards. “It was choppy out there and you really couldn’t see the buoys or where you were going so for me it was a case of just follow those two and hope that I came out in the right place. A race like this a war of attrition with the wind, so I just decided back it off and pace my own run. Half way through lap three I was back on again and I knew that they might suffer and fortunately they did. Katie has only been off the podium once this year and she is so strong across the board, swim, bike, run. It is really hard to beat someone who doesn’t have a weakness. I feel for her coming so close and being the leader the most of the way through the year but I really wanted it and I am so delighted that I won it in the end.”

“I had a good swim and thankfully I had a couple of Aussies around me, particularly Emma Jeffcoat who put in a big surge to get us up to the front group,” said Ashleigh Gentle after her blockbuster gold. “That made the difference because once I was there I knew that I had to play my cards smart and try and sit behind Vicky and Katie because they were duking it out for a world title. If I was anywhere near them it was a good sign. I just tried to be aggressive the whole run. Katie started strong and Vicky came back and I tagged onto her. I think it is going to take a long time to sink in to be honest. I am in complete disbelief at the moment but that is the best sprint of my life.”

“I gave it my all and I tried new things and I took a risk that didn’t pay off in the end, but I am proud of myself for trying it and really going for the win,” admitted Zaferes. “I am never surprised - the thing about Vicky is that she is a fighter to the end and I was just trying to fight as well. For a while I felt really good, then not so good, but I tried to keep fighting right to the end and keep coming back till I finished but I couldn’t do it. I took another step in the right direction, so there is always next year.”