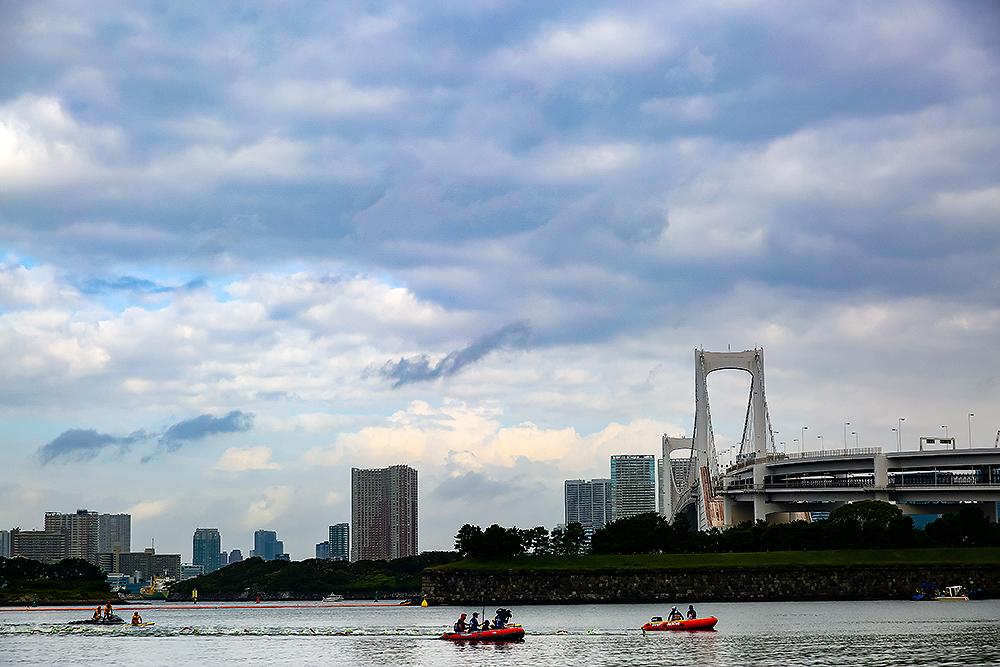 The Tokyo Organising Committee of the Olympic and Paralympic Games (Tokyo 2020) has announced the results of the water quality and temperature surveys from July/August this year, conducted at Odaiba Marine Park, the venue for the Tokyo 2020 marathon swimming and triathlon events.

The test results revealed that, with the exception of one day during the twelve-day period of the test events, from August 7 to 18, the use of the underwater screens reduced the quantity of coliforms inside the screened areas to within the limits stipulated by the relevant international federations. This was despite levels outside the screened area exceeding the targeted levels on four of the days owing to heavy rainfall. The levels of enterococci bacteria within the screened area were also within agreed limits. Tokyo 2020 plans to deploy triple-layer underwater screens during the Tokyo 2020 Games to ensure providing even better conditions than those resulting from the single screens used in the latest survey.

The surveys were once again conducted on days that corresponded to the scheduled dates of the Olympic and Paralympic Games Tokyo 2020. During those periods there were no instances where the maximum water temperature of 31.0C was exceeded in any of the measured areas. The maximum temperature recorded was 30.8C, and the water temperature inside the screens was on average approximately 0.8C higher than the temperature outside.

Based on the results of these latest surveys, Tokyo 2020 will continue to make all possible efforts in their preparations to ensure that all athletes can perform at their best.

Summary of survey results
Period during which screens were not installed (July 24 - August 6, August 25 - September 6)
Faecal coliforms - E.coli
- Levels were within agreed limits when there was no rainfall
- Increases were recorded after rainfall, but levels tended to return to normal when there was no rain for more than three days
subsequently
Enterococci
- Exceeded agreed levels on one day
COD (Chemical Oxygen Demand)- water transparency
- Agreed limits were exceeded during the test event period, but all levels were within agreed limits during the period corresponding to
the Paralympic Games

Period during which screens were installed (August 7 - August 18)
Faecal coliforms - E.coli
- Due to the effects of rainfall on August 14 and 15, agreed levels were exceeded during August 15-18 outside the screened area; within
the screened areas, levels were within agreed limits on all days with the exception of August 17
Enterococci
- Within agreed limits at all survey points during the entire survey period
- Within agreed levels at all survey points during the survey period

Further measures to improve water quality and reduce water temperature
In collaboration with the Tokyo Metropolitan Government, Tokyo 2020 will continue their analysis of the
causes of poor water quality and odours, and they will review methods for ensuring appropriate water
quality and temperature with experts, outsourcing agreed solutions to specialist operators.

Consideration on bringing forward the start time of competitions
Triathlon events (men, women and mixed relay) are being considered to starting earlier by one hour. IOC, IF and Tokyo 2020 are discussing for the approval by the IOC Executive Board meeting in December.