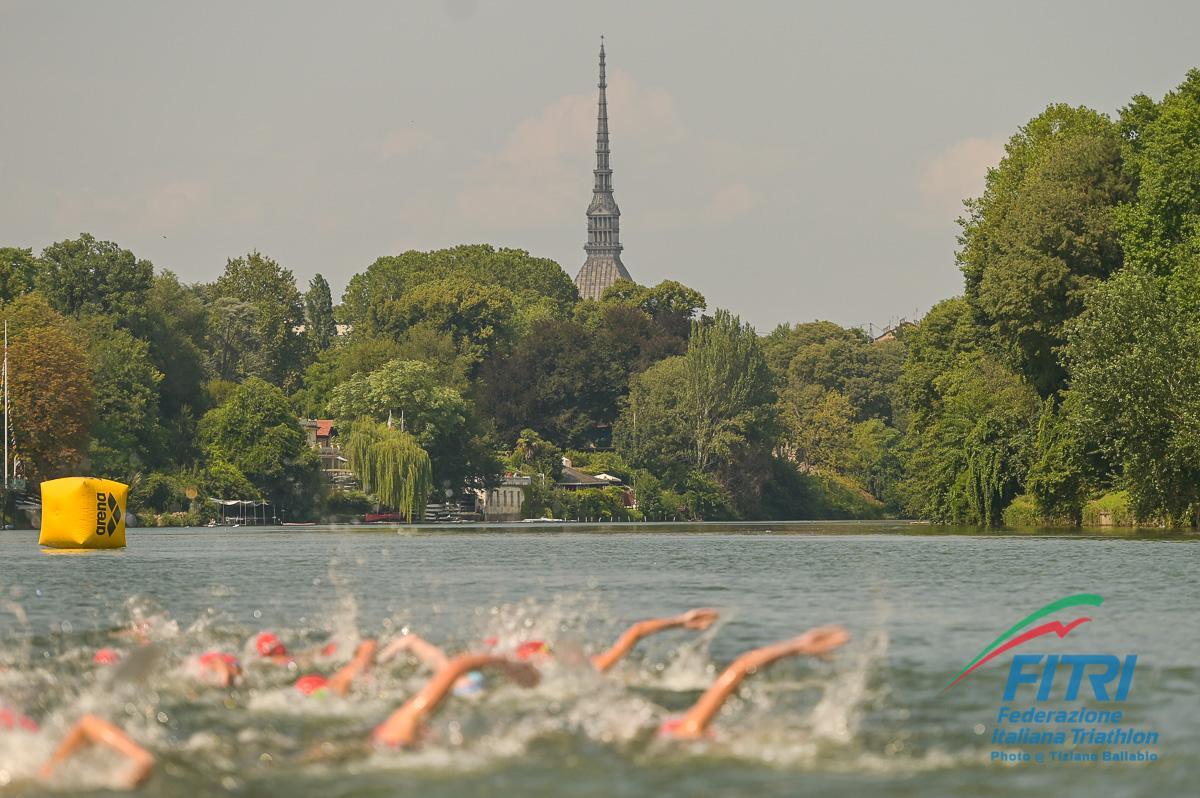 Carlotta Missaglia and Marcel Walkington appear on the avenue of arrival in the shadow of the Medieval Village in the heart of the Parco del Valentino in Turin, thus winning the 2nd stage of the Grand Prix Triathlon 2019.

The Australian athlete (The Hurricane) imposes himself for the second time in a stage of the Grand Prix Triathlon after gaining success in the 2nd stage of the 2018 edition in Pescara. The men's podium is completed by the blue Gianluca Pozzatti (707), who fought to the last meters missing the decisive engagement, and a radiant Belgian Dries Matthys (The Hurricane).

In the women's race, the blue Carlotta Missaglia (Valdigne Triathlon), fresh from 4th place at the European Triathlon Sprint in Kazan in Russia, has a surprising success ahead of the two DDS athletes Ilaria Zane, second at 7 "from the winner and again on the podium in the Circuit after Cesenatico and Mondello 2017 and Cesenatico and Sapri 2016, and Alessia Orla, home athlete, who returns to the third step of the podium after Lignano 2014 (third stage of the 1st edition of the Grand Prix Triathlon).

Marcel Walkington: "I did not swim very well, I thought I would come out better from the first leg, then I tried to keep my position in the leading group on my bike. The cycling route was very technical, with different difficulties, really interesting because we pushed a lot. Then the race was resolved on foot, I pushed hard on the undulating track and I arrived alone ".

Gianluca Pozzatti: "I had not competed for a long time due to an injury and now I am back from a long retirement with the national team in Livigno: nice to be back on the podium in a Grand Prix after a good repetition, I'm happy with the performance I expressed in this race. The level was very high, I had a nice duel with Walkington, but he finally got the better of him. Now back to work in view of the upcoming international events ".

Dries Matthys: "I'm really satisfied with the race and especially with today's podium: I'm honest, I didn't expect it. Really interesting is the formula of the Grand Prix Triathlon with the double round, two races on the same course but completely different as dynamic: I enjoyed it a lot, and I was glad to have participated in this event in Belgium this type of races are not there, here it was a great test for me ”.

Carlotta Missaglia: “The Grand Prix was one of the important goals I set for myself and seizing the victory here in Turin was really special. In qualifying I didn't start very well while in the final I got the first fraction right and I had a good race. I had a lot of fun and I admit that I was doing really well in the fraction of the race: the legs went on their own. I really like the distance and the type of Grand Prix races, it's a stimulating format, fun and different from the usual races: you have to manage yourself better, calibrate each race phase and recover quickly ”.

Ilaria Zane: “A really tough race from the beginning, Masini Luccetti has set a crazy pace. I did a very good T1 and immediately pushed my bike, I tried to make a good forcing, but in the end I paid a little in the race, both for the fatigues of the morning, and for the three weeks of great work at height. I subscribe to the second places, but I hope to break this routine soon ".

Alessia Orla: “Getting on the podium at this stage of the Grand Prix is ​​a huge satisfaction. Returning from a difficult period also due to various injuries and getting back to the top of the home race makes me really happy. The Alessia triathlete was born here, that's why I am so excited about the podium won in the second stage of the Circuit: I know every meter of the Parco del Valentino, I train here always, it is really exciting to play a race as a protagonist here in Turin ".

MEN'S RACE - The men's race was the race that kicked off the Turin multi-sports afternoon with 30 athletes qualified from the morning batteries to compete for the stage victory. In the 400 meters of swimming in the Po, I am Nicolò Strada (TTR) and his teammate Alessio Crociani to lead the platoon. After the T1 in the 10 km of cycling a compact group is formed with 22 athletes who earn about 30 "on the remaining group of finalists. The quickest to get off the bike is Walkington, but Pozzatti is the first to leave the changing area right in front of the Australian; followed by Soldati (T.D Rimini), Matthys, Ragazzo (The Hurricane), Sarzilla (Raschiani Triathlon Pavese) and Cattabriga (Minerva Roma). After the first stages of the race, Walkington takes command of the race, Pozzatti remains glued to a few meters and tries to return, but the attempt does not go to sign and the final positions say Walkington, Pozzatti and Matthys. 4th in recovery Sarzilla, 5th Soldati, 6th Cattabriga, 7th Crociani, 8th Pesavento (T41), 9th Pugliese (Torrino Triathlon) and Ingrillì (Raschiani Triathlon Pavese).

WOMEN'S RACE - The second stage in the green lung of the Piedmontese capital ends with the women's final with 20 athletes at the start. First fraction with former swimmer Chiara Masini Luccetti (world silver and European 4x200 sl champion) who leads the group and closes her test with 7 "advantage over the first pursuer, the strong swimmer and European champion 2019 of Aquathlon Bianca Seregni ( Raschiani Triathlon Pavese) which controls the pursuer group with Ilaria Zane, Chiara Magrini (CUS Torino Triathlon) and Alessandra Tamburri (Minerva Roma). After the transition, a group of 9 female athletes is formed with all the treads of the first fraction, plus Lilli Gelmini (TD Rimini), Anne Holm (Danish CUS Pro Patria Milano), Sharon Spimi (TTR), Cohen Kalik (Israeli of the DDS) and Carlotta Missaglia. In T2 the advantage of the fugitives is over 30 "on the pursuers with Arpinelli (Minerva Roma) and Priarone (707) who tried in every way to mend the first on the two wheels. Last 2500 meters decisive. The Zane, with a quick transition, part in the head, Missaglia follows her like a shadow together with Orla, Holm and Gelmini. On the first lap of the race the Missaglia takes the lead with her gaze fixed on the finish line, Zane chases and defends herself against the attempt to return Orla and Gelmini. The recovery of Papais (T.D. Rimini), Arpinelli and Priarone are reported from the rear. The winner is a very happy Missaglia, second is Zane, third is Orla from Turin. 4th place for Gelmini, 5th for Holm, 6 ^ Arpinelli, 7 ^ Papais, 8 ^ Cohen Kalif, 9 ^ Tamburri and completes the top-ten Priarone.

THE DECLARATIONS OF THE AUTHORITIES

Luigi Bianchi, president of the Italian Triathlon Federation: "Here in Turin, we witnessed a splendid day of competitions. A competition in two rounds in a unique contest: we swam in the Po river before pedaling and racing in the Parco del Valentino, a beautiful place that made this day of sport unforgettable. We are really happy to have brought the triathlon to the heart of Turin, a big city that believed in this project: so I thank the municipal administration, in particular Councilor Roberto Finardi who married the Grand Prix Triathlon cause right from the start. I hope we can repeat the experience that has been exciting for both the athletes taking part in the race and for the large audience that attended the event. "

Roberto Finardi, Councilor for Sport of the Municipality of Turin: “This event is a source of pride for the whole city. For the first time we were able to bring a triathlon of this level to the Parco del Valentino, swimming in the Po river: we were lucky, the weather helped us and it was a beautiful sporting day. I have to thank the Federation, the organizers and all the volunteers who have worked on this beautiful event that has seen a consistent success with the public since its first edition. I really hope that this is the first of a long series of events of this kind in this park that really seems made for triathlon ”.

Carlo Rista, head of the Organizing Committee: "It seems to me that everything went the right way, I had very positive feedback from several athletes, so I can only be fully satisfied. I thank the Federation for its full support, the City of Turin and the Council's Department of Sport, which were instrumental in organizing this event ". 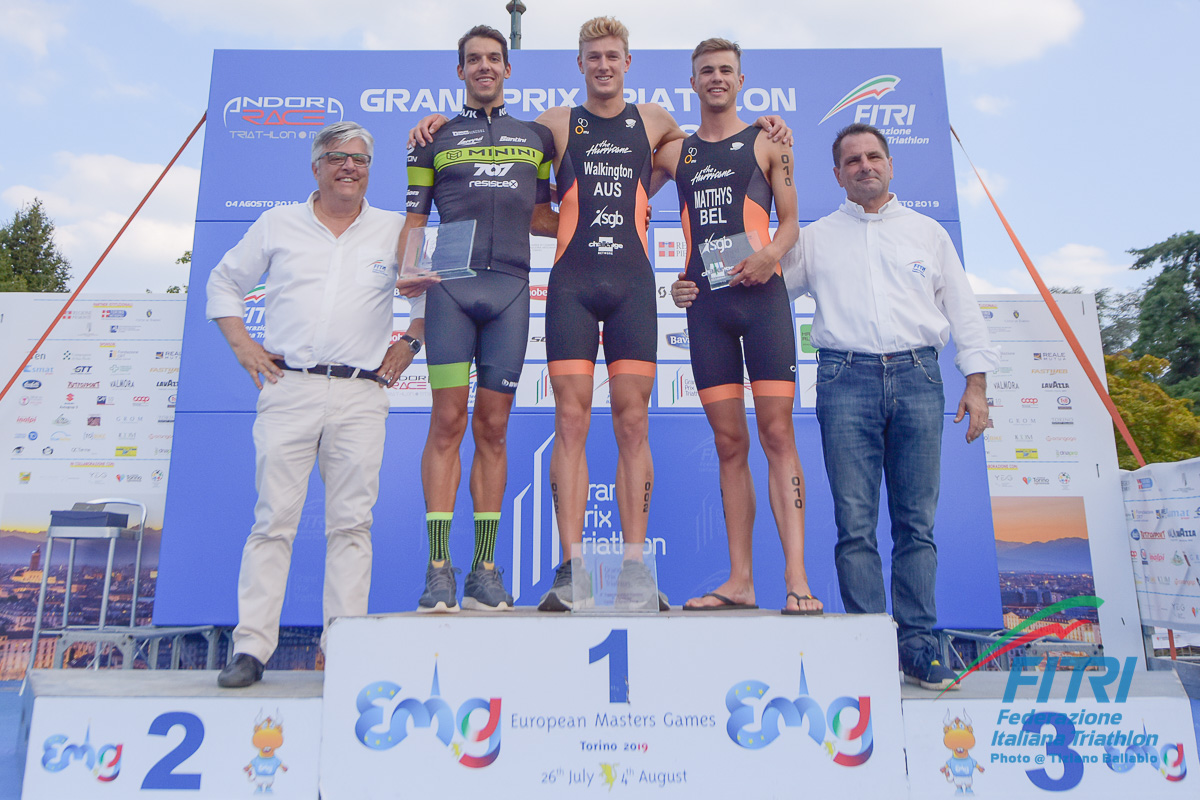 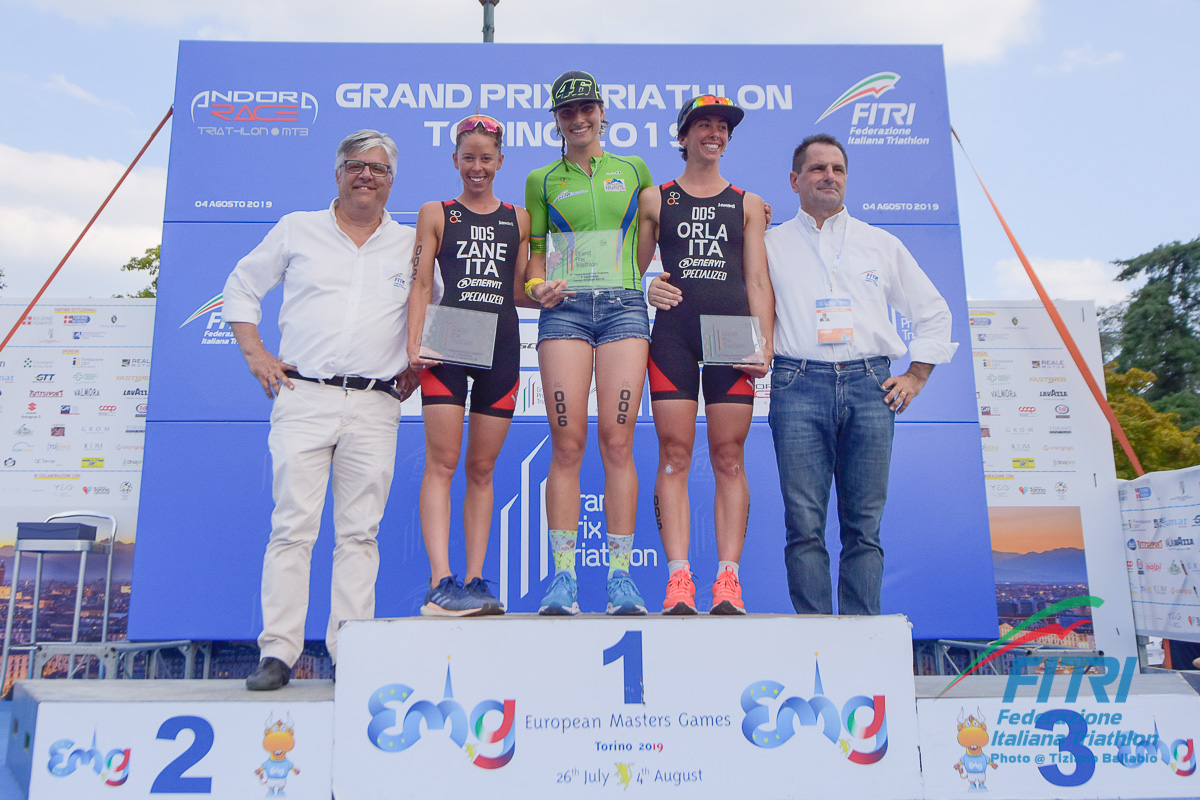 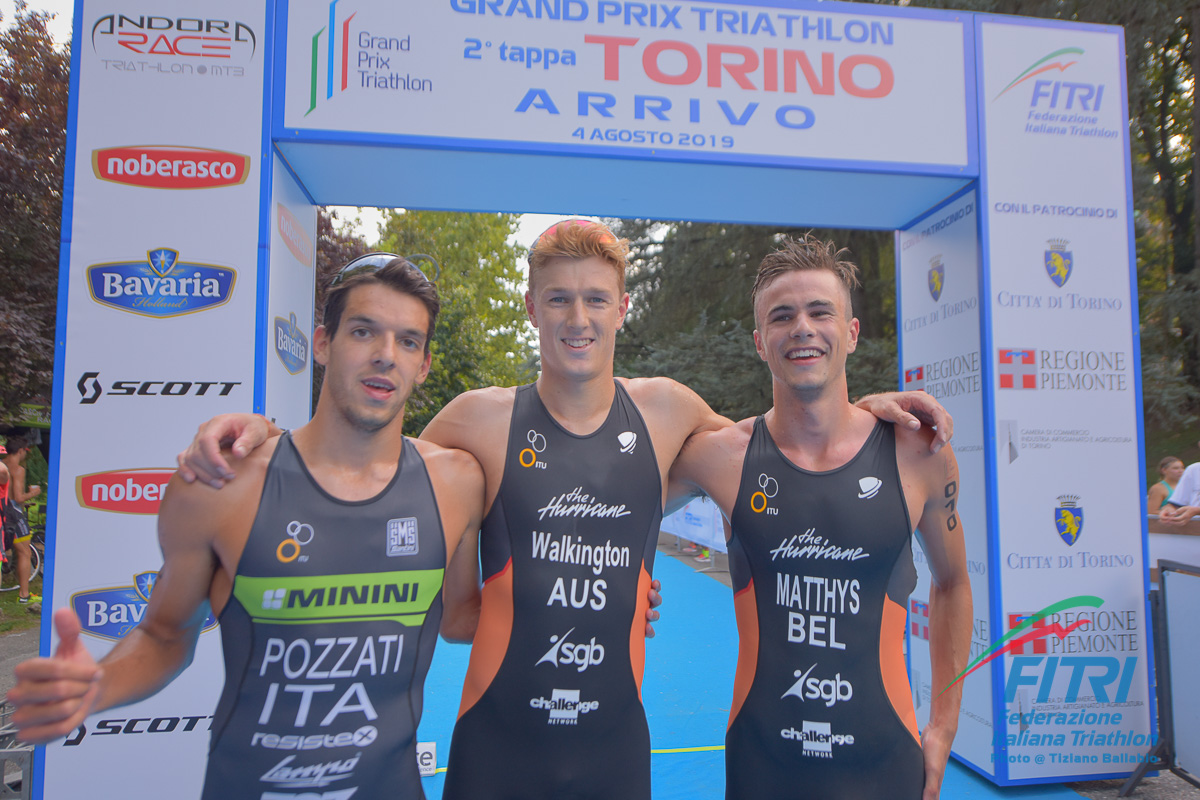 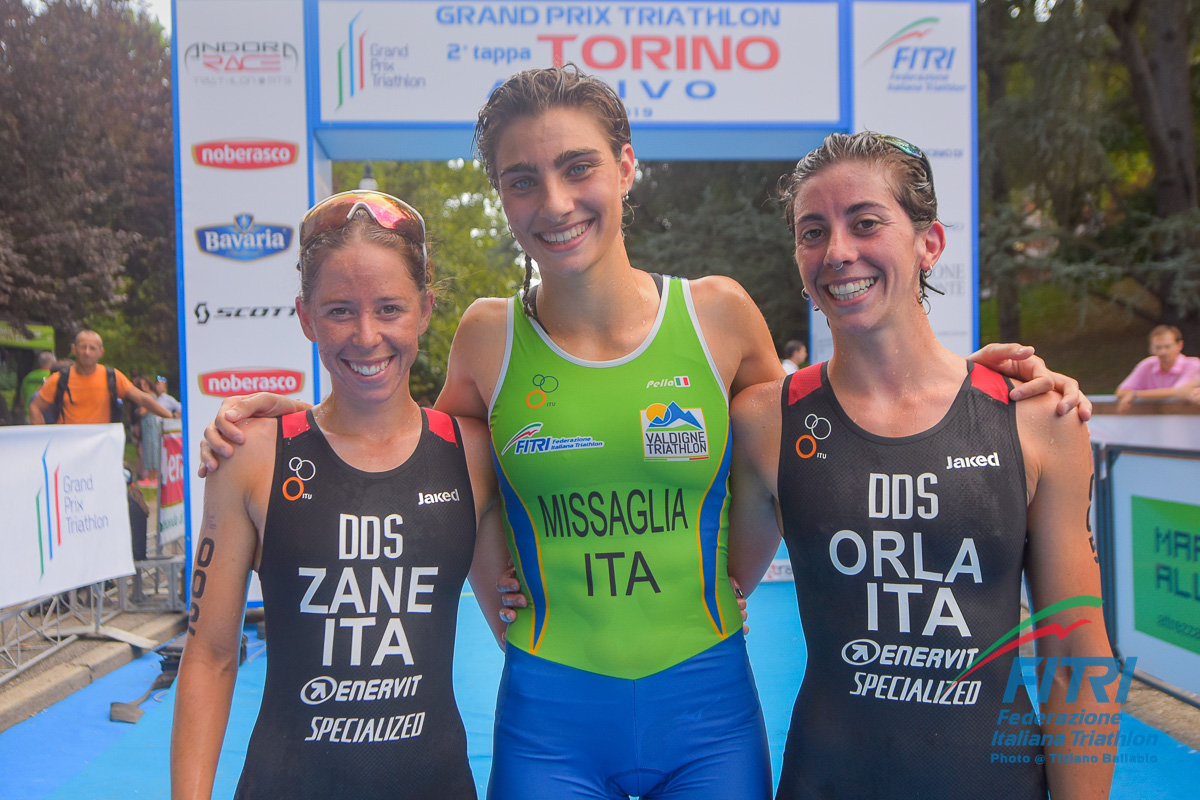 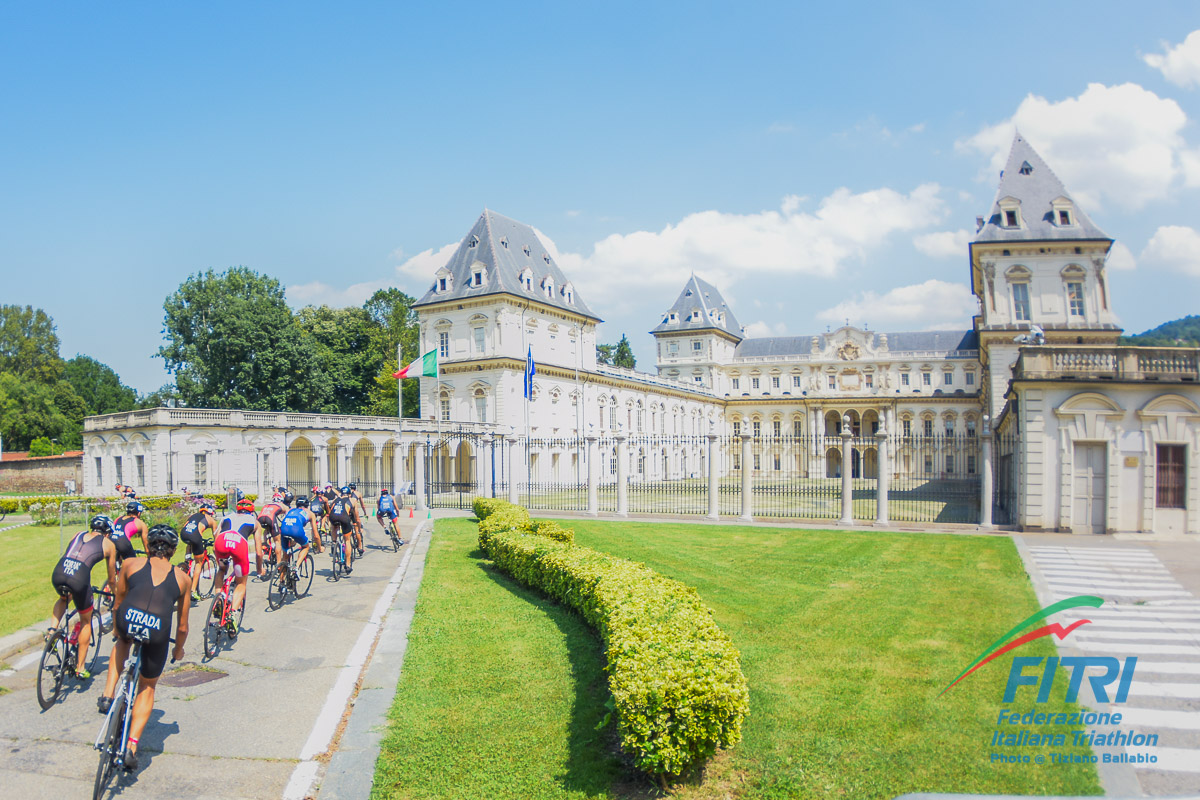 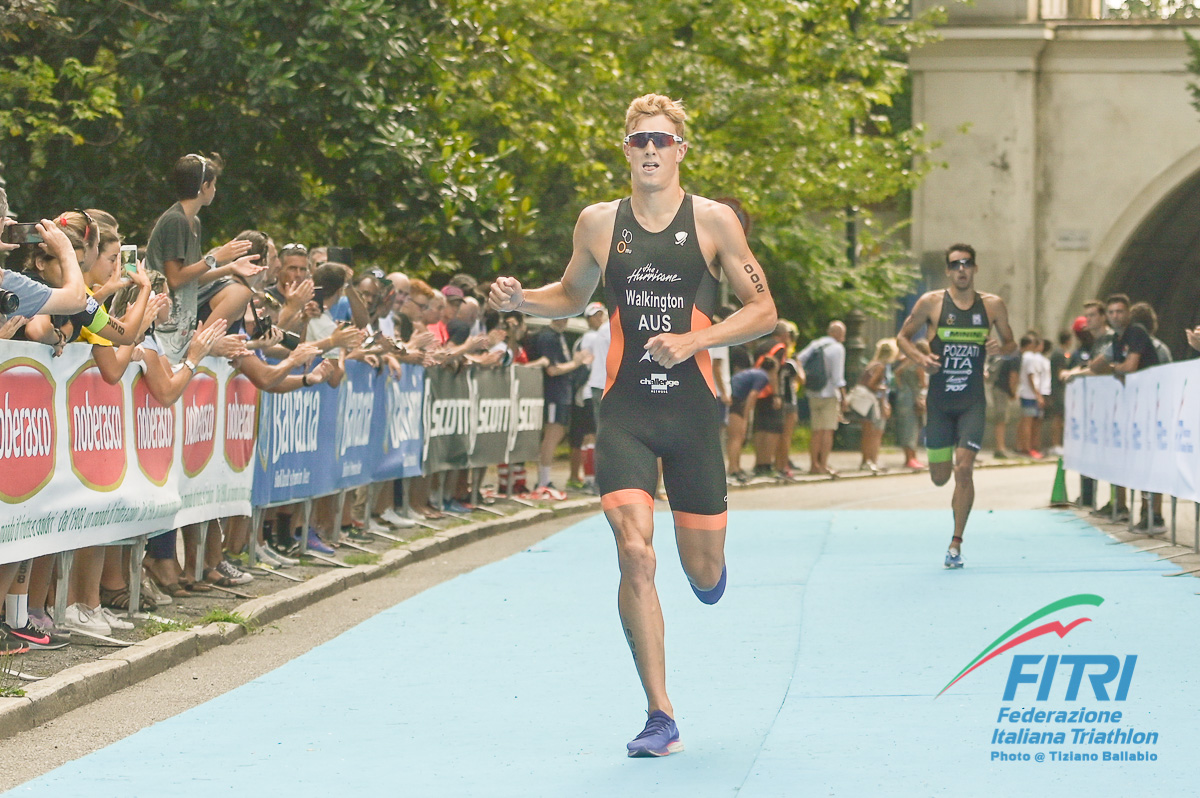 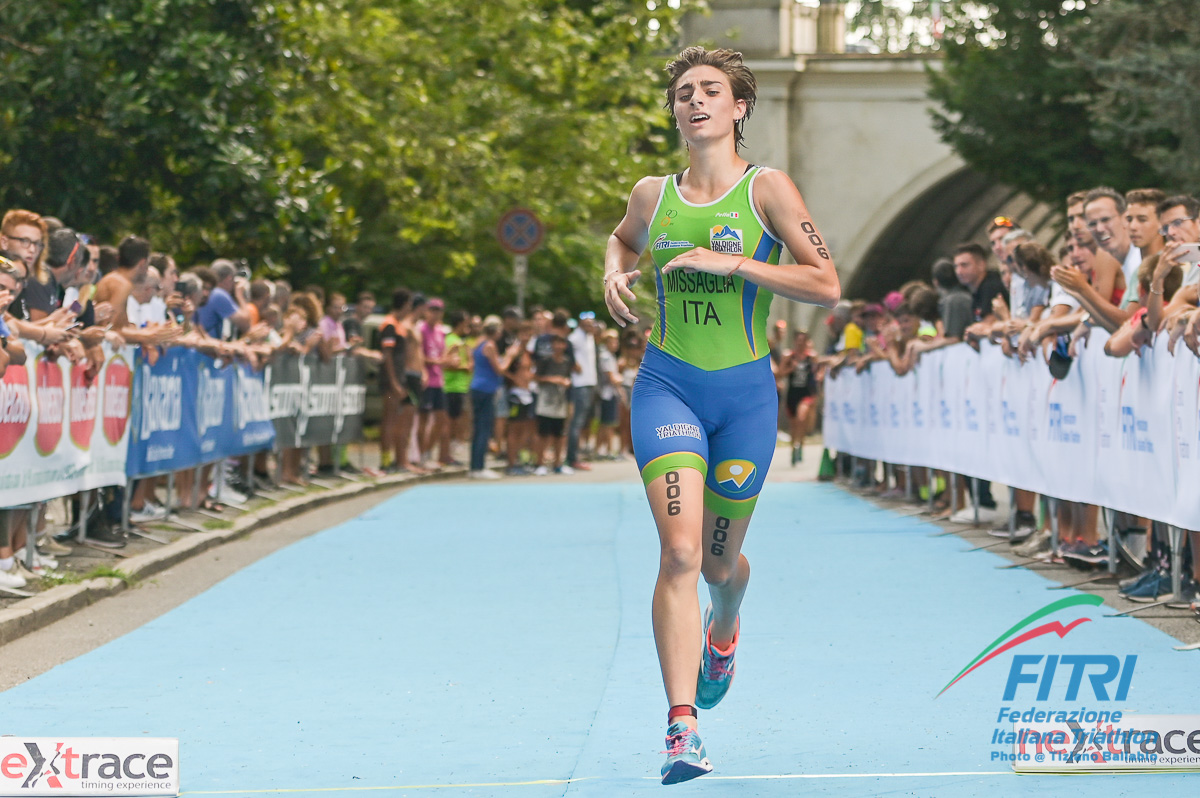 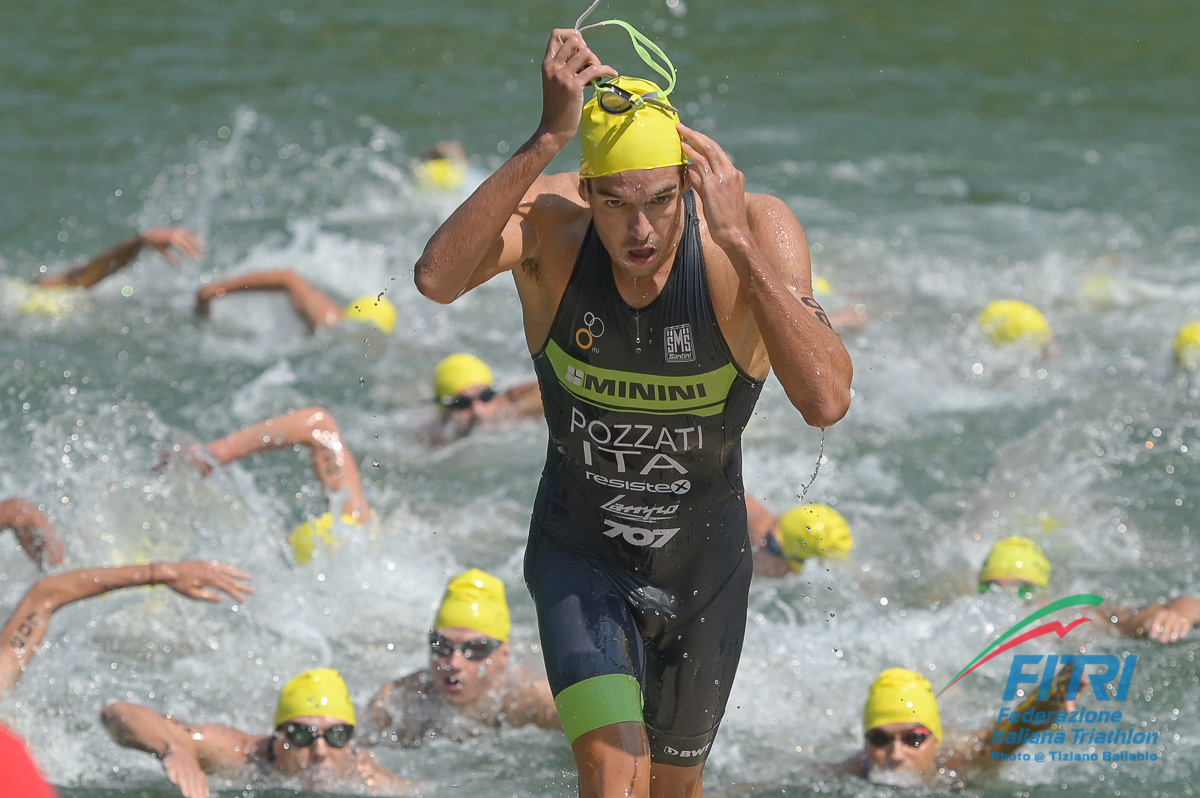